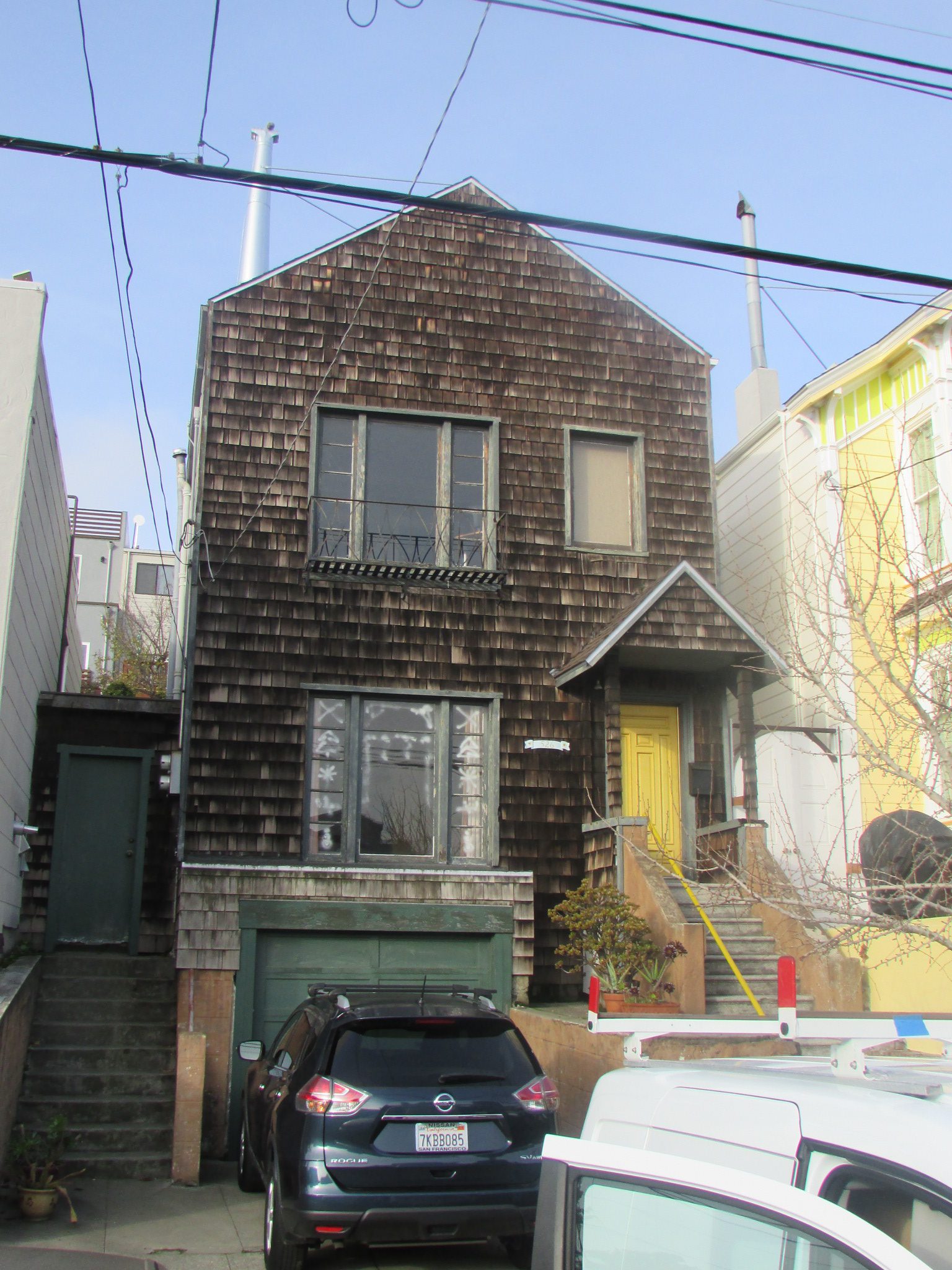 This project is an interesting study of a row of eight houses from the 1890s in which one house was modified at an unknown date and no longer resembles the design and detailing of the established pattern of the row. Knapp Architects researched the property and prepared a historic resource determination form and construction documents for the façade rehabilitation. The other seven houses in the row exhibit subtle variations, and the precise original design of this eighth house was not shown in available documentation, so the design was geared to compatibility instead of reconstruction. The flat, shingle-clad modified façade will have a reconstructed two-story bay window with traditional siding and a covered porch, both with gable roofs and decorative elements, to resemble its adjacent neighbor’s facade. 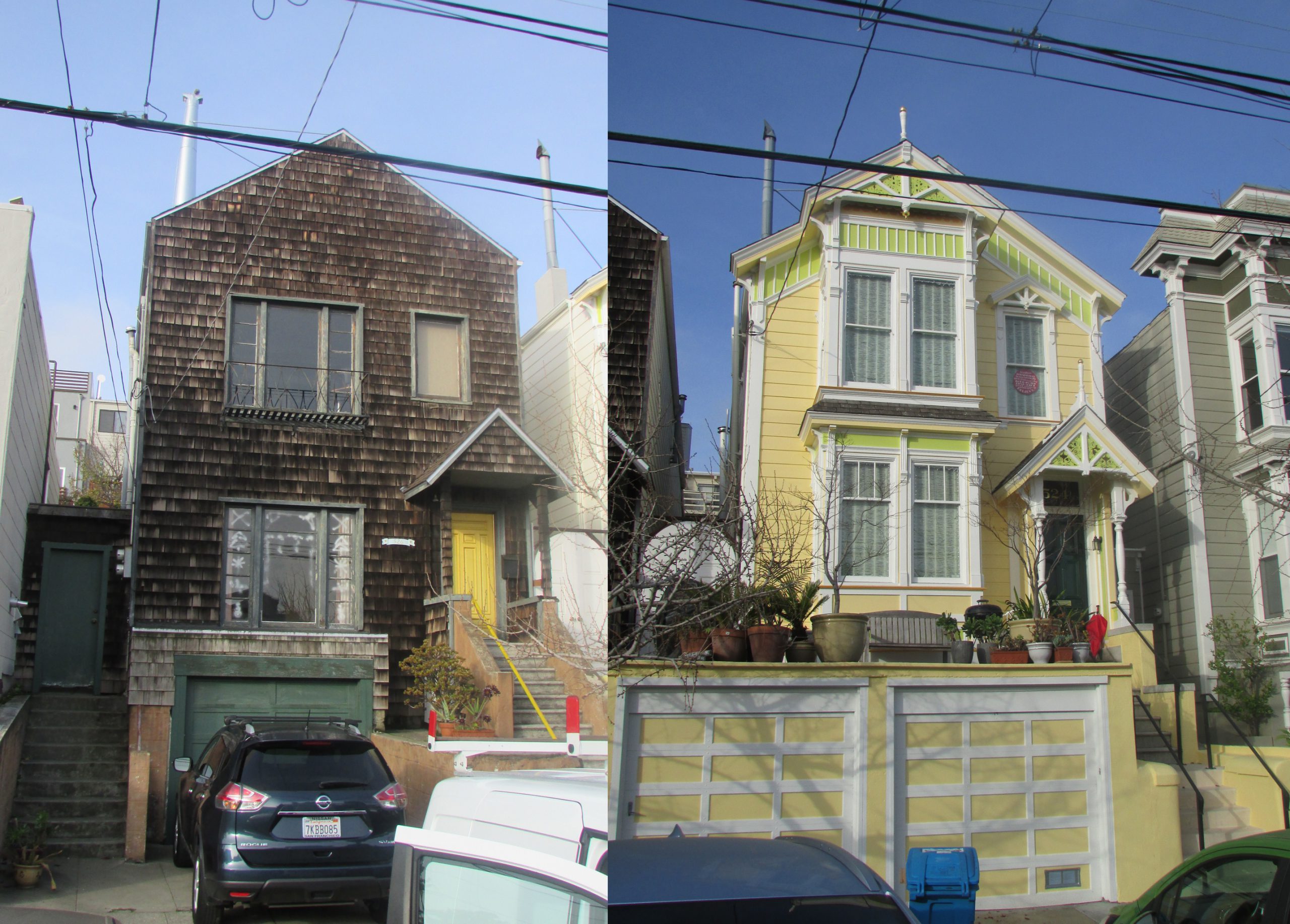 The existing house (left), with its previously modified façade, is to be restored to match its neighbor’s facade (right). 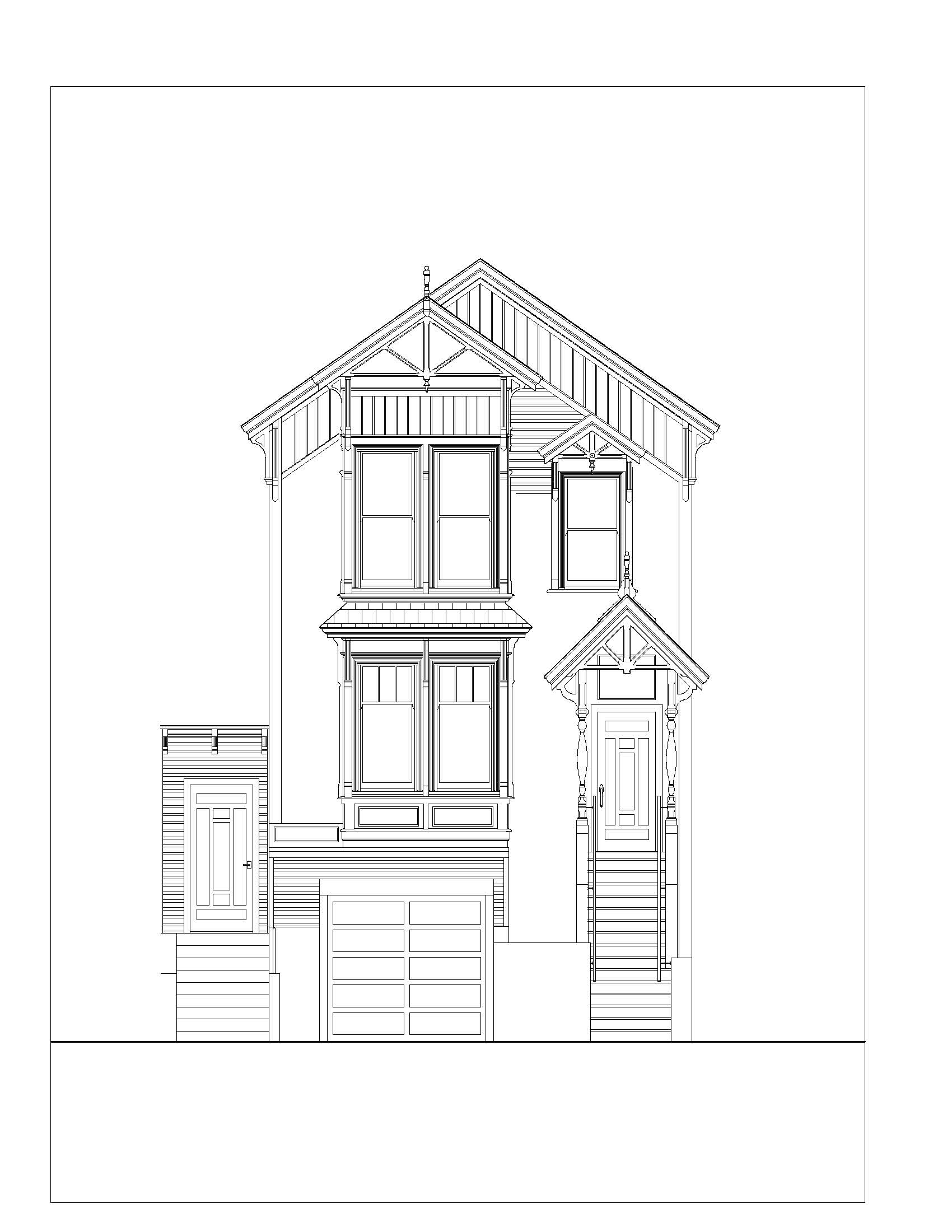 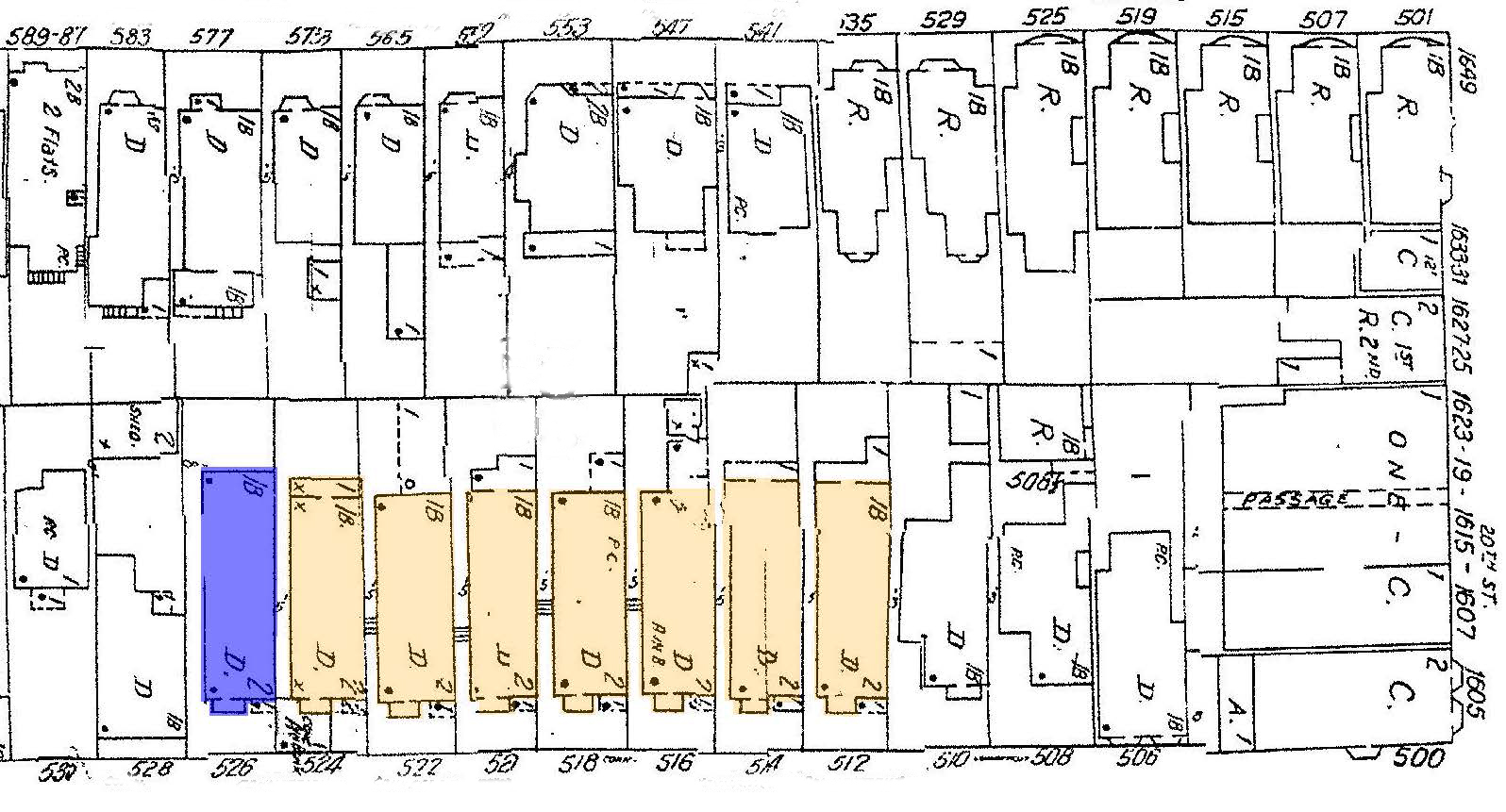